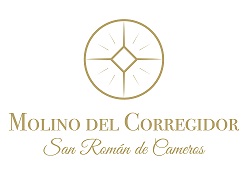 Star of the month in VHappy :)

15 October, 2020 By molino Noticias No Comments

At VHappy we have been chosen as “star of the month” this October !! Do you know that in VHappy in addition to finding restaurants or stores that offer vegan products you also have a selection of accommodations throughout Spain that offer us Veg options to eat as well as their commitment to sustainability? And this month we have been chosen as a prominent place, thank you very much 🙂

Our commitment to animals:

One of the ways we help is through animal housing. For each night stay we ask for a small contribution that goes entirely to cover expenses of the “Animal Collaboration” association, the only one in our community that rescues and cares for all kinds of species. On the other hand, a large part of our guests are not vegan and are unaware of the possibilities of our diet. Our goal is to help them erase misconceptions by making them enjoy a wide variety of flavors. We also grow our own vegetables in an ecological way in the little garden that is at the entrance of the building, fertilizing the land with the compost that we generate when cooking, and we bet on local products. Every year we learn more about cultivation techniques in this area, which is colder and drier than in the valley.

The evolution of Molino del Corregidor with us.

Some friends who managed the house, owned by the “Cajarioja Foundation”, decided to leave it and, seeing the great effort they had made to build the business after years of closure, we decided to continue with it.
Our roots are in this region and it was the experiences here that led us to choose a life free of animal abuse. This would be one of the last places in La Rioja where someone would consider creating something vegan, and that is perhaps what makes this project more special. During the first year we offered vegetable milk and one of animal origin; the second year they were already 100% vegan, and the third we started giving dinners. All this has been a learning process in cooking, since we had no previous experience. We had to work hard when we started doing camps with children, their palates are the most demanding and only one of them was vegan. It was a wonderful test that made us learn a lot and encouraged us to take the next step with dinners. As an engineer and designer, we had never considered dedicating ourselves to hospitality, but life takes a thousand turns.

What can you do in Cameros.

It is said that La Rioja are seven valleys that are like seven worlds and it could not be more true. The Cameros region is made up of two valleys, Camero Viejo and Camero Nuevo. The first is ours, which begins with the Leza canyon where you can walk through its gorge and bathe in its pools or drive with vultures flying by your side. The second stands out for its dense and beautiful forests that dazzle you with their intense gold in autumn. Both are full of stone villages that seem out of a story, for their beech trees, oak forest … Their clear skies make them an impressive “starlight” destination, their dinosaur footprints, their history, their legends … Some abandoned villages impregnate you with a magic that transports you to other times. If you like cycling, this year in Camero Viejo we have opted for MTB routes with “Caminos de Cameros“. A project with which we have rescued old forgotten paths, and which aims to give back some life to places that lost their people, such as the town of Santa María, very close to San Román. Camero Viejo is one of the great unknown, it has very few inhabitants and it is one of those places where you can feel at peace and in connection with nature.

Platforms like VHappy are a key pillar for all of us who have taken the step towards veganism. These projects make life easier for us and save many others. They help us to connect as individuals and companies, strengthening us and growing faster and faster. We have gone from finding few options, enduring great social and family pressure, or listening to baseless arguments, to having access to thousands of alternatives, creating great ties and having all the necessary information. All thanks to entrepreneurs like VHappy. They are a very important part of the movement and the key to making this a better world for all. We really want to travel to other vegan accommodations and try food in new restaurants, visit sanctuaries … so when we have days off we will definitely look at VHappy.

Search in this web: